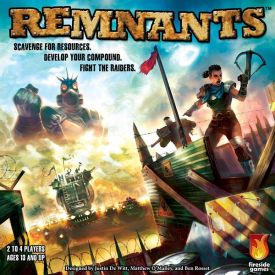 Fireside Games has announced their first new release of 2018, Thames & Kosmos has announced two new games in their Exit line, and a company is in the middle of Kickstarter fraud allegations.Read More »

Kickstarters of the Week: 12/30
Board Game Quest

Castle Itter: The Strangest Battle of WWII from Dan …
The Players' Aid