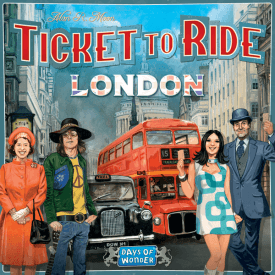 Days of Wonder has announced a new Ticket to Ride game, Renegade Game Studios has a time traveling trick taking game available for preorder, and the winners of the Golden Geek Awards have been announced.Read More »

Favorite Games of the Decade!
The Board Game Famil…

People Behind the Meeples - Episode 208: Mallory She…
GJJ Games
View all News and Reviews