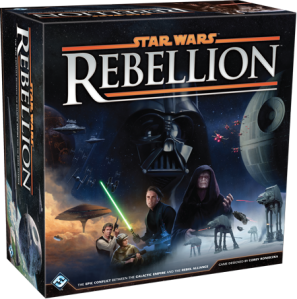 Star Wars board/miniatures game fans rejoice! The latest offering from Fantasy Flight Games in the Star Wars universe has been announced! From the FFG website: “Experience the Galactic Civil War like never before. In Rebellion, you control the entire Galactic Empire or the fledgling Rebel Alliance. You must command starships, account for troop movements, and […]

Pandemic in the News, and Leacock on Emotion in Ga…
BoardGameGeek

The Digital Game Shelf - Board Gaming During Covid…
The Game Shelf

Kickstarters of the Week: 3/9
Board Game Quest

The Crew: The Quest for Planet Nine
Meople's Magazine