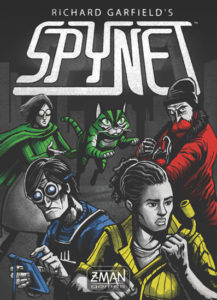 If there’s one designer whose name is legend amongst card gamers, it’s Richard Garfield. The designer of Magic: The Gathering and Android: Netrunner has a distinguished repertoire, but he still has the occasional misstep. Whenever he delivers a new game, especially a card game, it’s a tense moment to digest it and decide if it’s […]

Kickstarters of the Week: 3/30
Board Game Quest

Nominees for the 2020 Origins Awards are Revealed
The Gaming Gang

Board Gaming While Isolated – Social Gaming In a S…
Meeple Mountain

The Digital Game Shelf - Board Gaming During Covid…
The Game Shelf